Tidy Towns: We had our 3rd and final work evening last Monday night last and once again we had a very disappointing turnout. We sent out text messages to the tidy towns group, the parents association and a number of individuals who had been very supportive in the past; about 50 in all but only 10 turned up. I don’t know if people have changed post COVID-19 but we would have had between 25 and 35 in previous years and would have got all our work completed in one night. It is demoralising to have small work groups especially when we have had such good turnouts in the past. It is your community and the people driving this can’t go on forever particularly if they don’t get support. It is hard to believe that people can’t give up two hours, just two hours  of their year to help out their own community. That’s the rant out of the way and now I want to thank everyone who turned out over the three nights and particularly the five who were there all three nights. We got the shrub beds covered with stones and the wildflowers sowed along the perimeter of the car park, the area around the plaque cleaned thanks to Caroline, the rose and flowerbed down the Emyvale road weeded and cleaned up, and a few other jobs too. The highlight of the night was when Paula Connolly arrived into the car park and opened the boot to reveal an array of sandwiches and snacks and a nice cuppa which was much appreciated by all present. Thanks Paula and Pauric  and family. Maybe next year we will return to normality. Thanks again to everyone who helped

Biodiversity plan: Jennifer McAree from Ballinode who is working with Flynn Furney Environmental has carried out a biodiversity plan for the village and the tidy towns and we have submitted it to Leader and hopefully we will be successful and get funding to carry out the plan. Thanks Jennifer for your work so far.
SuperValu Tidy Towns competition: This year’s competition is going to be done virtually so we won’t have an adjudicator coming to the village. It will be strange being judged virtually but we will just have to get on with it. We are carrying on as if we are being visited just like we did last year and we are not doing it for the competition, we are doing it for ourselves, for us, for our community and if someone likes what we are doing that is why we are doing it. 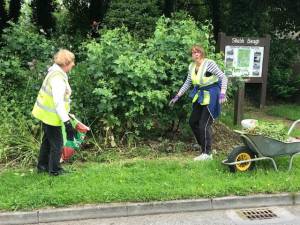 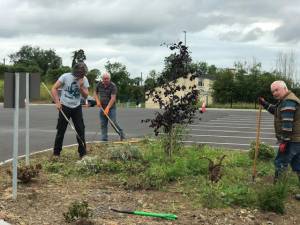 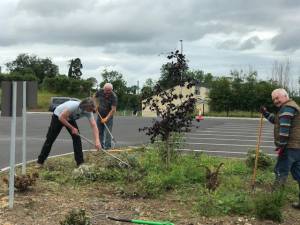 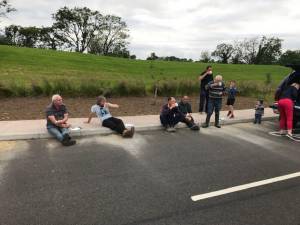 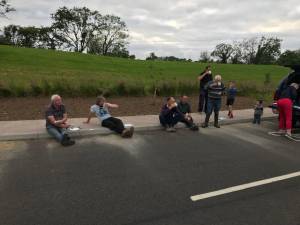 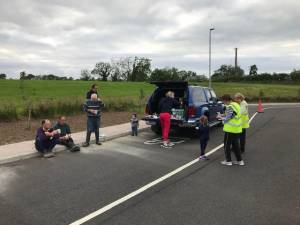 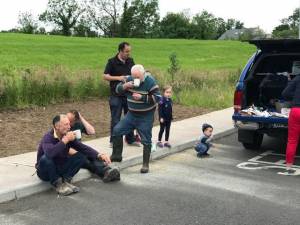 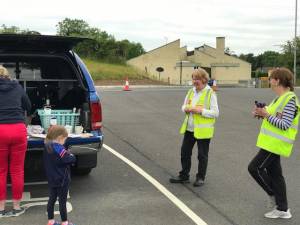 Upgrades at Quig Lough in preparation for upcoming competitions