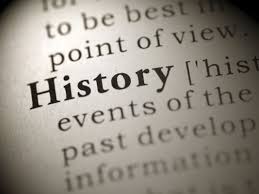 A person has been in touch with Tydavnet website seeking information on the Mc(E)Nally and Hamill families who feature in the family tree – comprehensive research already carried out is listed below – can you help to “flesh it out”?

No records of birth, marriage or death found, no Will found

Army records gave his name as John MacEnnally, year of birth 1785, died 26 March 1837, but no baptismal or death records found. No Will found.

Record found of marriage to Mary Brady in 1815 in Monaghan, no children

16 Feb. 1827, he bought farmland at Druminton, near Rockcorry from the Dawsons of Dartrey (Deed held by family) where he lived at Prospect Villa (Prospect Cottage).

An article about Tydavnet Old Cemetery, published by Clogher Historical Society in 1954 described a handsome tombstone in the centre of the cemetery erected to the memory of Surgeon John McEnally by his brother (but with a later date of death). The gravestone now lies flat on the ground and one corner and part of the inscription is damaged.

The article said that his wife was also buried there and that she was a niece of James Murphy, former Bishop of Clogher (and more about this). As there are many graves of the Murphy family in this cemetery, perhaps that is why John is buried there rather than at Druminton.

On the large noticeboard inside the cemetery, there is a list of graves. John should be listed at No 230, but has been omitted, probably because his gravestone was difficult to decipher, but thanks to the article mentioned above, a family member was able to find it.

11 May 1842 and 26 May 1842, Diocese of Clogher papers mention the Deeds and John’s brothers, Michael (incorrectly called William in the first paper) and Arthur.

Service records state that he was born in 1788 and died in May 1851, but no baptismal or death records have been found. It said his last known address was Prospect Cottage, Druminton.

Record found of marriage to Eleanor Blake on 5 Jan. 1831 in Dublin, no children.

Inherited his brother’s land in 1837, but only had a lifetime interest in it (which ultimately led to disputes with the son of his brother Arthur). No will found. Place of burial not known.

Family information says that when he came of age, he tried to get the land at Druminton back from Eleanor McEnally in the High Court in Dublin. Eventually he regained the land with £700 costs. No documents have been found relating to this. We believe that he had to borrow the money to pay this back.

26 Nov. 1868, he married Margaret McCaughey (numerous alternative spellings), at Ballybay, County Monaghan. They settled in Druminton and had nine children (the seventh being my grandfather).

An advertisement was placed in the Freeman’s Journal for 17 Feb 1886, for the sale of land at Druminton, which was the western half of John’s farm including Prospect Cottage. No documentary evidence has been found for the sale, but in later documents Thomas Atkinson was always given as the owner. We need to find evidence for this.

The 1901 census showed John living at the farmhouse on the remaining half of his land with Margaret and remaining family.

There were more disputes about John’s debts and he was forced to sell his land which was eventually bought by Thomas Atkinson (a descendant of the first one). The family has a

The 1911 census showed John at Corsillago living with his daughter Catherine, while his sons Louis and Peter were in Cootehill. A conveyance dated 9 Aug 1920 between Thomas Atkinson, John McNally and Louis McNally stated that for £360, Atkinson agreed to restore the farm to John McNally. Louis paid the £360 and John, ‘being old and infirm’, transferred roughly half of the farm to Louis, the other half going to Peter. Again, the Druminton land to the west of the remaining part of the farm was described as being in the possession of Thomas Atkinson, for which no evidence has been found.

A record exists of the death of John McNally in Druminton on 13 September 1921.

Quite a lot is known of the nine children of John and Margaret McNally, so I will leave the story here.