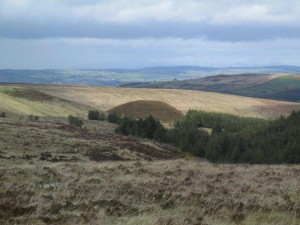 It’s dreadful to observe about 30 hectares of damage following a number of gorse fires on Sliabh Beagh on Saturday 24th July 2021 which covered a large swathe of ground in an area near the “Big Rock”, and a lesser area just above the picnic area at the Rock Bridge in Barratitoppy Upper. The fires sent thick smoke and haze through the area, and significant damage was done in both areas to plants, birds, insects, and other animals who use the bog habitat, as well as a loss to the area as a tourist attraction. In environmental terms, after the protective vegetation layer is gone, the peat surface is subject to erosion and it may take many years for the vegetation to recover and recolonise, and there is a risk to water streams from toxic run off of soot, ash and charred vegetation. The possibility that some of the weekend fires were started deliberately has not been ruled out. All landowners and members of the public are being asked to remain vigilant to help reduce the possibility of outbreak of such fires. The burning of bog land and scrub at this time of year can threaten homes, wipe out wildlife, it placed the lives of 25 firefighters at risk and tied up the emergency services of 5 fire tenders and a command vehicle from Monaghan, Clones, and Ballybay, when they could have been needed elsewhere. Sliabh Beagh is a free leisure centre and outdoor university for us all, and these illegal fires have put a huge burden on the tax payer, and on fire and emergency services resources. It’s a huge loss to our area.