“Everyringfort” in Ireland to feature on Twitter heritage page 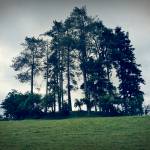 Every ringfort: This is a Twitter page set up in April 2017 which intends to post a satellite image of every ringfort in Ireland, one per hour, and the admin Keith Phelan using data from National Monuments intends to have his project completed by August 2022. Ringforts are one of the most populous field monuments in Ireland, and Monaghan has over 600 ringforts. They are usually on an elevated site, and are often consisting of a perimeter raised bank which sloped down towards the entrance. The varied description of forts in the Irish language such as Lios, Dún, Caiseal, Cathair and Rath, are used in the formation of townland names, and there are 87 townlands in County Monaghan using the word “Lios” e.g. Lisdoogan, Aughalissabeagh. Local ringforts include Clonamully, Drumslavog and Kibberidog; “neighbouring” ringforts in Drumloo, Aghalissabeagh and Derryledigan (Jackson); Gola English and Gola Irish; Coolkill West, Carrowhatta (Liosleaghan), Drumbin and Cussee (Lioscussee); Drumsheaver, Feebaghduff, Shee and Drumcoobrady, and the fort at Gola was referred to as “Reel’s Fort” in a submission from a Killycarnan school student to the 1938 Schools Heritage Collection. Their distribution and dispersal patterns are key to our understanding of the habitation patterns of our ancestors; we look forward to seeing images of our local “forts” on Twitter “Everyringfort” for all to appreciate.

Volunteers welcome to assist with repair works at Cornagilta School