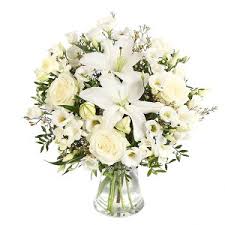 The death has taken place of Michael McEnaney, Ardragh, Corduff, Carrickmacross, Monaghan, A81 VR44 on Friday 4th September, peacefully at his home, following an illness borne with courage and dignity, surrounded by his beloved family. Predeceased by his parents JJ and Maureen. Sadly missed and remembered with love by his heartbroken family, his wife Clare, sons Keith, David and Sean, daughters Ciara and Elena, son-in-law Stephen, his brothers Tom, Pat, Frank and Seamus, his sisters Margaret (McCarvill, Tullyvogey, Tydavnet), Ann, Nora and Bernie, sisters-in-law, brothers-in-law, his uncle Peter and aunt Sheila, nephews, nieces, relatives and friends. May he rest in peace.

Reposing at his home on Sunday, 6th September, from 12 noon until 10pm. House private at all other times. In accordance with current guidelines Michael’s Funeral Mass will be celebrated with his family and close friends in St. John the Evangelist Church, Raferagh, on Monday, 7th September, at 11am followed by burial in the adjoining cemetery. Please leave a message for the family on the condolence section below. No flowers please, donations in lieu, if desired, to Carrick Cancer society, via the donation box, c/o Lonergan Funeral Directors or to any family member.

Michael’s funeral cortège will leave his home on Monday at 10:20am via the McEnaney family home proceeding to St. John the Evangelist Church, Raferagh. As a mark of respect to Michael the Fiddlers Elbow, Carrickmacross, will remain closed on Sunday, 6th September and Monday, 7th September.

Anyone who wishes to leave a message of sympathy may do so on the rip.ie website here: https://rip.ie/cb.php?dn=432736