Canon Philip Connolly of Doohamlet, celebrated the 65th anniversary of his ordination last week. He was ordained by Dr John Charles McQuaid, Archbishop of Dublin, on 19th June 1955, before being assigned to Garrison, Co Fermanagh, where he remained for 3 years, from where he moved to Belleek nearby. In 1962, he returned to County Monaghan with a posting to Muckno (Oram and Castleblayney) parish, and in 1965, he was moved as curate to Clontibret parish, residing at Doohamlet. Two years later, he was on the move again, with a transfer to Clones, and then to Clogher in 1967. Bishop O’Callaghan appointed him to Tydavnet Parish in 1969, where he lived among us for 15 years, residing in the village, and taking a very active role in Church life, schools, community life, and as a committee member of Tydavnet Show and Tydavnet Group Water Scheme. His final posting to Clontibret began in 1984. Fr Philip, in his 92nd year, is currently the oldest priest in the Clogher Diocese; we wish him many more years of good health and contentment. 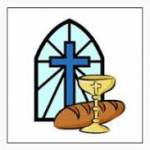 Eircom (Eir) to impose €5.99 monthly charge on users of its email addresses