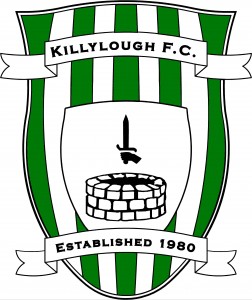 Welcome to Killylough F.C., home to one of the most progressive soccer clubs in Ireland. Killylough F.C. takes its name from the townland of Killylough in Tydavnet, Co. Monaghan, and shares the name with the hugely successful Killylough Tug of War club, and the rapidly expanding Killylough Cycling Club. Formed in 1980, the club through limited resources have held on numerous occasions in the past the three available cups from the local Monaghan Cavan soccer league namely the League Cup, Andy Capaldi Cup and Sean Woods Cup. The trophy cabinet being filled this year by the 2014 League and Capaldi Cup Cup successes.

Killylough F.C. has accumulated a growing mass of hands on deck to deal with the emergence in the last four years of an additional senior team, and numerous underage teams within our youth structure. The door is always open for more volunteers to share some of the many jobs involved in running our club, and all assistance is greatly appreciated. Anyone who has spent time behind the scenes will certainly agree that without the people of Tydavnet getting behind our project over the years, the club could not have existed, so credit must go to the people who have supported, sponsored and helped fundraise for the club. Our gratitude cannot be overstated.

For many years, the home of Killylough F.C. was across the road from Tydavnet Community Centre, and in the last seven years, the club has been playing out of Tullygoney, Tydavnet. The dream goes on to one day have our own grounds, tailor-able to such needs as pitch, dressing rooms/club house and training facilities to meet the demands of playing all year around. This would also help minimise the costs of annual lease, matches costing up to and over €200 on synthetic surfaces, and trainings of a quarter pitch in size per team. A dream of being officially on the map in Tydavnet to play our own brand of football at all ages…. Go ndeirigh solas le go leor laimhe

Our biggest fundraiser of recent times was the popular Irish band “More Power to Your Elbow” playing the Hillgrove Hotel on Easter Sunday night, April the 8th 2012. Slap bang in the middle of the Bank Holiday weekend, this event went better than many expected with 1000-1200 revelers in the mix. The band has been back twice since in 2013 and 2014 and although the attendances have declined, the quality of performances certainly have not. Please give generously when we can as it’s the community who support the club who will have it there for generations to come, and a big thank you to all those who have got us this far and helping us to achieve longevity past current volunteer efforts. Tho door is always open for more hands..