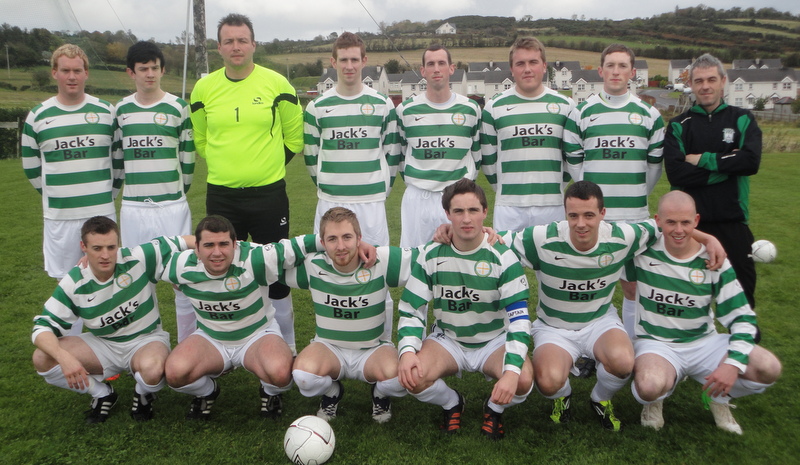 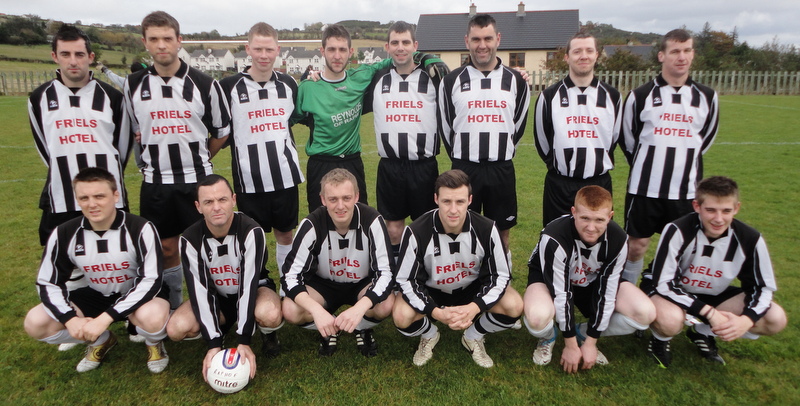 Killylough travelled to Raphoe town in Donegal for a second away draw in the FAI Junior Cup in what were perfect conditions. The game kicked off and Killylough got control of the game from the whistle when D Stirrat had a shot blocked in the first minute, but it took just ten minutes for Killylough to take the lead when M McCague slipped the ball through for R Stirrat to finish neatly. Raphoe Town whose team seemed to be full of experience got back into the game but were held to taking long range shots from a stern Killylough defence and  with the Killylough net minder D Ballantine all in fine form, Killylough were having their own chances with N McCabe going close on 30 minutes, the half finished 1-0. In the next half it was more of the same with R Stirrat going close and D Treanor with a pile driver from 30 yards skimming the frame of the goal, Raphoe were still kept to long range shooting but just when the Villagers were on the break Raphoe picked up the ball and two passes later it was in the Villagers net 1-1 15 minutes to go, Killylough brought on D Quigley and a final 15 minute display of football by the Killylough team and by captain E McCrudden saw Killylough take control again and grab a late winner by that man again R Stirrat, the game finished up 2-1 to Killylough.

Killylough travelled to Donegal on Saturday in a FAI Cup draw, with perfect weather conditions the game kicked off at a high pace with both teams trying to figure each other out. Killylough started to take control and a ball played in behind saw Steven McKenna break into the box and won the first of 2 penalties of the match, J McAree stepped up and converted low into the corner 1-0 Killylough, and now the Villagers were in the hunt for a second and with a defence keeping Ramelton Mariners attacks to a minimum Killylough missed a few chances until N McCabe drilled one from the edge of the box 2-0.Killylough had the game for the taking when an early ball in to the box was judged to be hand ball to the surprise of everyone, Mariners scored and the game was back on and the last ten minutes of the first half played out a bit scrappy. In the second half Killylough started to make chances at will with the midfield on top it was only a matter of time until the third goal came but a break from Ramelton saw the player through 1 on 1 with Killylough goal keeper D Ballantine but the keeper stood firm and made an important save to keep the lead, shortly after another break down the wing by S McKenna crossed and R Stirrat finished with a bit of class 3-1,with Killylough in full flow chances were a plenty and Stirrat grabbed his second and the Villagers fourth when a back pass was left short. A good performance all round, Killylough move on to the next round against Raphoe Town. Well done lads.